Because current iMacs only come with a single FireWire 800 port, a hub is often necessary if you have more than one FireWire device. Unfortunately, as I mentioned before, FW800 hubs are hard to come by. Luckily I was able to find the Kramer VS-30FW 3-port FireWire 800 hub for under US$80 at a reputable dealer, so I immediately bought one. I had been told that this hub is popular in professional audio/video environments. In fact, the VS-30FW can be rackmounted in batches of three according to the Kramer website, using their rack adapter. 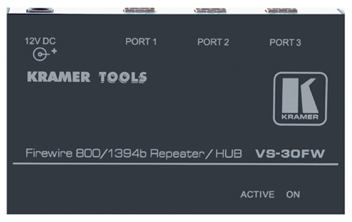 The hub is a small metal device and seems solidly built. One thing I liked about the power adapter is that it has a screw collar on the plug, so that the plug cannot be pulled out by accident. That's a nice touch, that I've only seen before on higher end equipment. It only has three ports, which means it basically functions as an active 1 --> 2 splitter. One port is used for the input, and two ports are outputs.

I now have it hooked up to my quad-core iMac, splitting my single FW800 port to one FW800 chain and one FW400 chain. This is done with a Seagate FreeAgent Desk for Mac external FW800 drive, and a Belkin FireWire 400 hub hooked up to a Seagate FreeAgent Pro 750 GB external FW400 drive. Both drives were reasonably quiet. Sitting behind the computer, I could barely hear them, as they have no fans. I did notice a slight hum from vibrations transmitted through the table, but this was gone if I put the drives on top of a cloth. 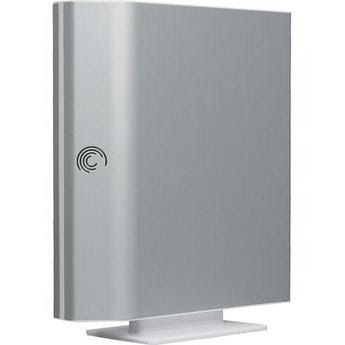 The FreeAgent Desk for Mac is a multi interface drive, and I was thus able to test FW800, FW400 (through the Belkin hub), and USB 2. 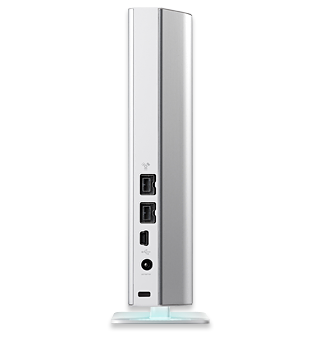 The test consisted of a 3734.5 MB file transferred from the external drive to the iMac's internal 2 TB Hitachi HDS722020ALA330 SATA drive.

FW800 likely gets reasonably close to the drive's max transfer rates, while FW400 is less than half as fast, and USB 2 is slower still. 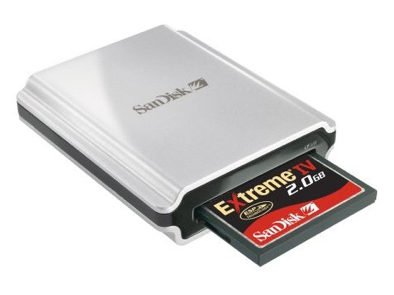 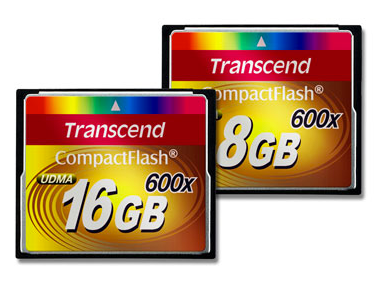 It would be nice Apple offered eSATA support for hard drives, but having FW800 is almost as good for non-RAIDed hard drives, and FW800 is very flexible for other usage as well like audio/video devices and CompactFlash readers too. One nice thing about FireWire is having that other FW400 drive hooked up didn't slow down the FW800 transfer speeds. FW800 hardware can run at full speed in mixed FW400/FW800 setups. (See below for one exception.)

However, there were two problems I noticed during testing with the Seagate FreeAgent Desk for Mac drive.

1) If I turned on the option in the OS X System Preferences to allow the computer to put hard drives to sleep, sometimes the computer would hang if the Seagate drive were plugged in. Unchecking that option solved that problem.

2) Once after some testing, the transfer rate over FW800 from the Seagate drive dropped to just under 20 MB/s. Going back to FW400 gave me almost 40 MB/s. I couldn't figure out why, so I rebooted, and was able to get my 80+ MB/s speeds back. I don't know why this happened, but it has not happened again since.

Now I just await Apple's fix to the disappearing external FireWire drives caused by 10.6 Snow Leopard. My older external region free bit-set SuperDrive is not detected in Snow Leopard, but works fine in 10.5.8. I can get around this problem by taking the IOFirewireSerialBusProtocolTransport.kext from 10.5.8 and installing it in 10.6, but obviously, this is a hack. Apple is aware of this problem (Bug ID# 7201113) and is working on it.