iPod nano: The beginning of the end of Firewire? 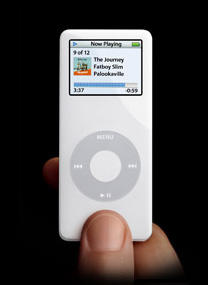 Apple's release of the iPod shuffle marked Apple's first iPod product without the support of Firewire. That was not totally unexpected however, considering the iPod shuffle is essentially a USB 2.0 pen drive that plays music as well. Implementing Firewire on such a product would have been quite problematic, given its overall design and form factor.

However, Apple has now released the iPod nano, the replacement to the very popular iPod mini, which also does not support Firewire synchronization. This is especially surprising considering it sports the normal iPod dock connector used in other units. One presumes that part of the reason for this is the iPod nano's very small size. The included chipset probably doesn't support Firewire, and adding full Firewire support would have meant a larger unit and higher cost.

It is somewhat unfortunate that Apple has gone this route. For fastest synchronization, USB 2.0 is required, but most of Apple's installed base of Macs do not support USB 2.0. (All currently shipping Macs do support USB 2.0 however.) Apple came late to the USB 2.0 party, but now has embraced it head-on at the expense of Firewire. Ironically, Firewire is a standard that Apple helped create.

The silver lining however is that synchronization of the iPod nano will still work on older Macs using USB 1.1 (albeit slowly), and the iPod nano is absolutely gorgeous. I want one... or three.
Posted by Eug at 4:15 AM No comments:
Newer Posts Older Posts Home
Subscribe to: Posts (Atom)