There has been a lot of new technology shown at the 2006 International Consumer Electronics Show in Las Vegas during the past few days. One piece of technology that will likely make it into Macs relatively soon are Blu-Ray drives, and several of these were displayed at CES. Along with its desktop Blu-ray drive, Panasonic unveiled its Blu-ray slot-load laptop drive, which they first announced back in October.

This drive burns CDs, DVDs, and Blu-ray discs. Panasonic is a long-time supplier of Mac laptop slot-load drives, and I would expect that Mac laptops with these would be released by Q3 2006. Toshiba has also announced laptop HD-DVD drives, but Apple has already stated its preference for Blu-ray.
Posted by Eug at 11:33 PM No comments:

iWeb to be included in iLife '06

An astute MacRumors forum member noticed this little hint to iLife '06 on the iLife support page: 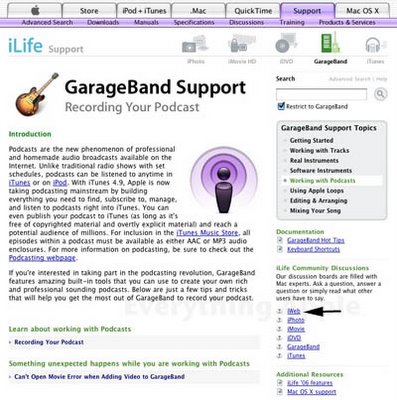 iLife '06 looks like it will include a brand new application called iWeb. However, what that application is exactly is unknown.

The reference to iWeb has been removed.
Posted by Eug at 11:52 AM No comments: 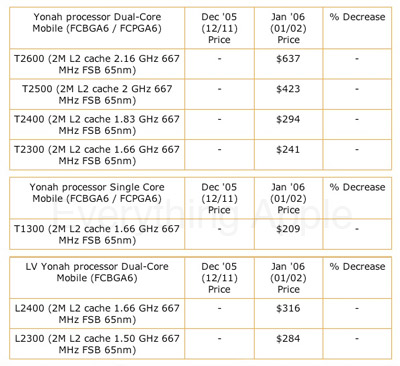 This mirrors previous Yonah roadmaps available on the net.

There is no mention of a Yonah-based Celeron for January, although there is the single-core 2 MB L2 T1300 Yonah 1.66 GHz. This again brings up the possibility of a 13" Yonah PowerBook for Macworld next week.
Posted by Eug at 6:54 PM 1 comment:
Newer Posts Older Posts Home
Subscribe to: Posts (Atom)