Apple worth more than Dell now

With Apple closing at $85.58 yesterday, it now has a market capitalization of $72.13 billion US, compared to Dell's which is just under $72 billion. However, with the remarkable iPod sales the last quarter, one wonders if those sales will plateau soon, and if so, how investors will react.
Posted by Eug at 10:24 AM No comments:

According to this MacAddict forum post, Apple still has a LOT of optimization to do for QuickTime on Intel Macs, despite having more than than half a year to optimize for Intel. The recently released Intel dual-core Macs appear to be slower than even a Mac mini for H.264 encoding:

If these numbers are accurate (and if it's true that QuickTime is already OS X Intel native), one wonders how much of this poor performance is due simply to lack of optimization, and how much is due to the actual capabilities of SSE (vs Altivec).
Posted by Eug at 11:59 PM 4 comments:

By any other name... 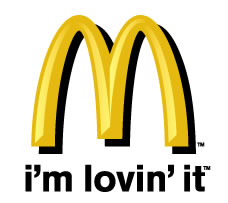 File this under simply bizarre. Apple's impressive stock price run up over the last couple of years has led to AAPL closing at $80.86 today, the day of the Intel switch. 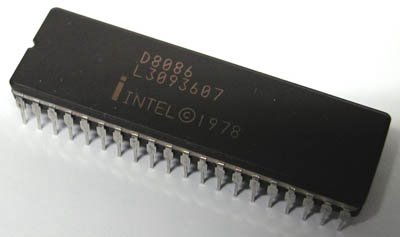 QuickTime 7.0.4 released, and then pulled

Warning: Do not install the 7.0.4 update for QuickTime in Software Update. Apple released it, and then pulled it with no explanation. However, there are reports on the net that state that 7.0.4 causes problems with Windows Media files.

The QuickTime 7.0.4 update is back again. Again, no explanation.

One error is that if you close a Safari webpage with an embedded WMV file played through QuickTime 7.0.4 and Flip4Mac 2.0, Safari would crash. However, Flip4Mac 2.0.1 has now been released, which corrects this problem.
Posted by Eug at 8:30 PM 2 comments:

Despite the fact that Microsoft has it's own Windows Media Player for Mac, they have chosen to start distributing the Flip4Mac QuickTime plug-in. Formerly a $10 shareware app, it is now free.

Flip4Mac is a popular plug-in, as it plays many WMV files that Windows Media Player for Mac itself can't even play, and it does it all from within QuickTime.
Posted by Eug at 7:46 PM No comments: 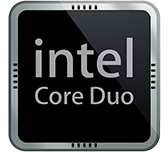 My 13" PowerBook prediction for Macworld was wrong, as were the predictions from most of the rumour sites. However, Kevin Rose was dead on. Apple today released the MacBook Pro and the new Intel iMacs, both of which sport the Yonah Core Duo CPU and the Radeon 1600.

1) Both machines utilize EFI. Unlike the previous Intel developer Mac boxes, these machines can boot from Firewire, but not from USB 2.0. Because they use EFI, Windows XP compatibility may be problematic.

2) The modem is now gone on both machines. An external module is available.

3) Firewire 800 is no longer included with the MacBook Pro. It was never available with the iMac.

4) The MacBook Pro includes a remote for Front Row and sports a built-in iSight.

6) The MacBook Pro has an ExpressCard slot instead of PCMCIA.

7) The S-video output is now gone for the MacBook Pro.

Also, initial reports state that the new Intel iMacs will not boot with Windows XP install discs. Ironically, what this means is that the only Macs that can run Windows are PowerPC Macs, through Virtual PC. Intel Macs cannot boot Windows at this time, and they can't run Virtual PC either. Microsoft has already gone on record to say that Virtual PC is coming to Intel Macs however... eventually.

Last but not least, the monitor spanning support and the optional DVI-out of the new iMacs, along with the upgradability to 256 MB for the GPU on the 20", means that for some people the new iMacs can truly be replacements for dual Power Macs.
Posted by Eug at 4:16 PM 3 comments:

.Mac is down for the Stevenote

Apple already warned us in advance, but this is just to confirm that .Mac is now down, and will remain down until after the Keynote. Presumably, this has to do with web-oriented updates to Apple application suites, including the addition of the new iWeb application to iLife.
Posted by Eug at 10:57 AM No comments:

Kevin Rose of Diggnation is predicting:

As usual, we must take such predictions with a grain of salt, but he's gotten stuff right before and this prediction actually does make some sense.
Posted by Eug at 10:47 AM No comments:

Adobe has released a beta of a new photo editing application called Lightroom, which competes directly with Aperture. However, the application is still very rough around the edges and is missing some basic functionality such as crop and rotate tools. Just as Aperture 1.0 should have been called a beta when it released, Lightroom would be best described at this point as an alpha. Nonetheless, it's a pretty good start, and for now it's a free download. Moreover, it will run on hardware that is not supported by Aperture.

The Apple rumour mill is now running at full tilt as would be expected during the few days before Macworld. While Everything Apple doesn't have inside information as to what exactly will be released, as I've mentioned before I do expect to see a new 13" Intel PowerBook to be announced during Steve Jobs' Macworld keynote on Tuesday:

I am predicting that such a machine would use the 1.66 GHz Core Solo chip for a few reasons. First, one might expect that Apple would keep the 15" and 17" G4 PowerBooks around for a few months for those who require PowerPC support for certain applications. If Apple doesn't offer Intel-ified versions of those as well, then it means that a 13" Intel Core Solo machine would not have a faster clock speed than the 15" and 17" G4s. I realize that performance-wise it would be faster in most things, but it would still be OK in terms of marketing. Second, it's much easier to put a Core Solo chip in a 13" laptop than it would be for a Core Duo chip while still maintaining reasonable battery life and weight.

Built-in Airport Extreme (802.11b & 802.11g) support in the machine would be a no-brainer, but it's possible that Apple would add 802.11a support if they chose to leverage Intel's Centrino technology, since certain versions of it already support 802.11a. I would not expect support for 802.11n (which is much faster) until the second half of this year.

The Mobility Radeon X1300 was only announced a few days ago, but this GPU is expected to be shipping relatively soon. This GPU offers H.264 acceleration, something that would benefit both Apple's current H.264 push in QuickTime as well as future Blu-ray playback support. In addition, the most most recent mobile nVidia GPUs now also offer H.264 acceleration with PureVideo, so Apple could use an nVidia GPU instead of an ATI one if desired (and if the power utilization was sufficiently low). However, whether it's ATI or nVidia, it's possible that these GPUs that support H.264 acceleration may not be incorporated into Mac laptops until well after Macworld, when they are shipping with Blu-ray drives and the video drivers to support H.264 acceleration are mature. If that is the case, then Apple may choose to use something more along the lines of the Mobility Radeon X300 for Tuesday's 13" PowerBook.
Posted by Eug at 12:27 PM No comments:
Newer Posts Older Posts Home
Subscribe to: Posts (Atom)