I was poking around in the Aperture 1.0 application binary (/Applications/Aperture/Contents/MacOS/Aperture) and noticed some very strange "code" in there, about panties and Cap'n Funktographer and his Peanut Butter Elephant.

Unfortunately, this very interesting code has been removed in the new Aperture 1.0.1 Update (11.4 MB) .

Fortunately, the new update does have some nice improvements:

Among the key areas addressed are:

A quick test confirms that JPEG exports are vastly improved: 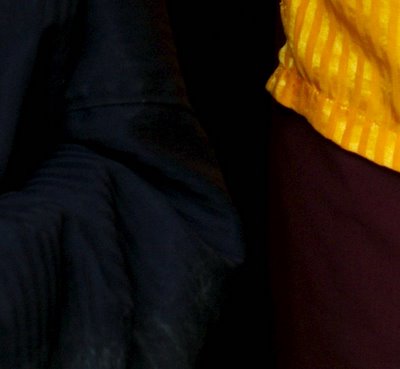 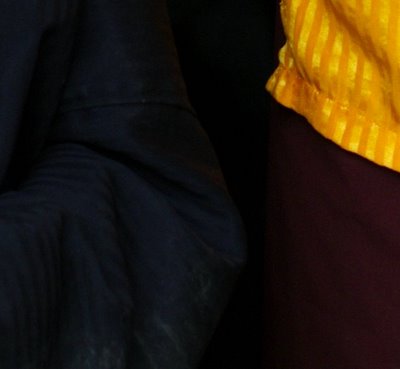 Speed in some areas is also somewhat improved, and Auto-stacking is now fast. However, RAW conversions were not updated, as these will require an OS update (since RAW support is a function of the OS, not the application). Also, EXIF data is still not retained with exported TIFF files.

It was nice to see that Apple has not (yet) prevented the latest iBook (with Radeon 9550) from running Aperture, despite what the new Aperture Compatibility Checker 1.0.1 says when run on that iBook. Not surprisingly however, this update disables the hack that allowed Aperture 1.0 to run on other unsupported hardware (like G4 Power Macs).

P.S. I almost forgot... The Aperture binary also has references to some current and (very) old PowerPC and x86 CPUs.

Some are also reporting that Yonah will appear in an iBook in January. As I don't feel that any iBook would get a dual-core chip, I surmised that either these predictions are wrong, the iBook would get the more expensive 2 MB single-core Yonah instead of the cheaper 1 MB L2 version, or else the roadmap was wrong. Now I'm thinking that unless the product is in fact a PowerBook, perhaps the last option was the correct one. Researching this further, I see that some are reporting that in fact the cheaper 1 MB single-core Yonah will be released in January too. If that is true, then it would be perfect for a Macworld iBook Yonah release.

If this Yonah iBook prediction does come true, one wonders what will happen with the rest of the laptop lines. It would be nice to see dual-core Yonah PowerBooks released at the same time too, preferably including a 13" model. Even if there are issues with compatibility with legacy code, Apple could always continue to sell one or two PowerPC models for those who need perfect PowerPC compatibility.
Posted by Eug at 11:29 PM No comments:
Newer Posts Older Posts Home
Subscribe to: Posts (Atom)