Rogers offers up $20 iPad data sharing deal... and then retracts it.

Apple and Rogers today seemed to announce an iPad data sharing plan, which was advertised on Apple.ca. That plan would have allowed iPad users to share their existing Rogers 3G smartphone data plans with their iPads for an add-on fee of $20. Although that added $20 was not a terribly good deal, at least it would avoid having to get an additional 5 GB $35 plan just for the iPad.

As expected, the folks over at Howard Forums are rather disgusted with Rogers right now. I'm sure everyone is now looking to see what Bell and Telus will offer.

Rogers seems have to have an unusual knack for screwing up Apple 3G launches.

In the meantime, 3G data tethering continues to be a free add-on for those of us with the GB+ iPhone plans, so that's a pretty strong disincentive to get an iPad. The iPad cannot tether at any price since the machine is simply incapable of that functionality, but a laptop can "share" that data usage at no extra charge.

Clash of the iPad

This is a month old now, but I'm only getting around to posting it now. It's just an amusing chance placement by the Toronto Star of two pictures, for reports on the iPad launch and the Clash of the Titans movie. 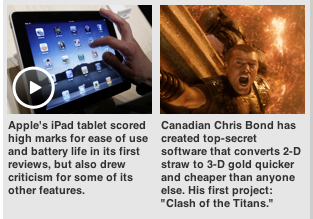 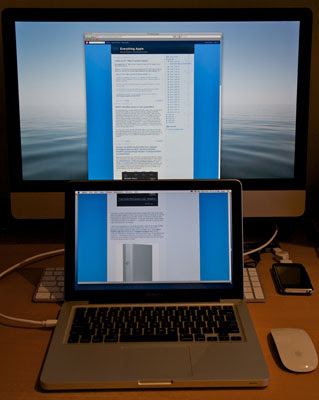