Best 27" bang for the buck is the Quad

Despite some expectations, the dual-core iMacs may not actually be the best value in the 27" iMac line.

The price advantage of the Core 2 Duo 27" iMacs is in large part due to the much lower end AMD Radeon 4670 GPU option in those machines. However, the Radeon 4850 is roughly twice as fast, helpful with applications like gaming, Aperture, and Final Cut Studio, as well as OS X features like OpenCL°. If you want to take advantage of that GPU power boost from the Radeon 4850, then the price comparison becomes very interesting.

Out of that group, the Core i5 quad-core machine is the best deal. In fact, it's even cheaper than the 3.33 GHz dual-core model (which I suppose might make sense, since the 3.33 GHz Core 2 Duo CPU is actually significantly more expensive than the 2.66 GHz Core i5 CPU). While 2.66 GHz doesn't seem that fast, Hz for Hz, Core i5 is faster, and there are four cores too. Furthermore, in dual-core mode, Core i5 can ramp up to as high as 3.2 GHz using Turbo Boost. 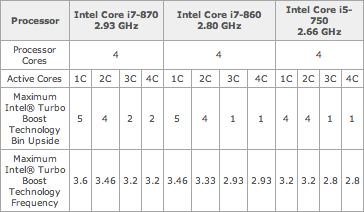 But bang for the buck be damned. I've ordered the Core i7 quad-core iMac. It will be nice having eight logical cores (!) in my iMac, even if only for bragging rights.


°Both the Radeon 4670 and 4850 support OpenCL, but the 4850 will be faster. Apple Canada and Apple UK (among other international Apple pages) erroneously do not list the Radeon 4670 as supporting OpenCL. 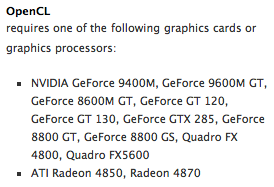 However, Apple USA has recently updated its OS X tech specs page to include the 4670. 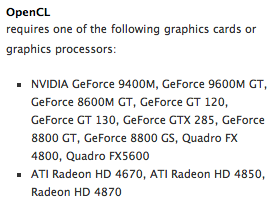